You may remember my pal Jeff Brown. He is a Justice on the Texas Supreme Court where he has served since being appointed by Governor Rick Perry in 2013. Interestingly, at the beginning of his law career, he was a law clerk to then Supreme Court Justice Greg Abbott, who is now our Governor. Jeff was an Eagle Scout and is still pretty much a boy scout.

Naturally, when I photographed him at the beginning of my photography career, I tried to make him look like Superman: 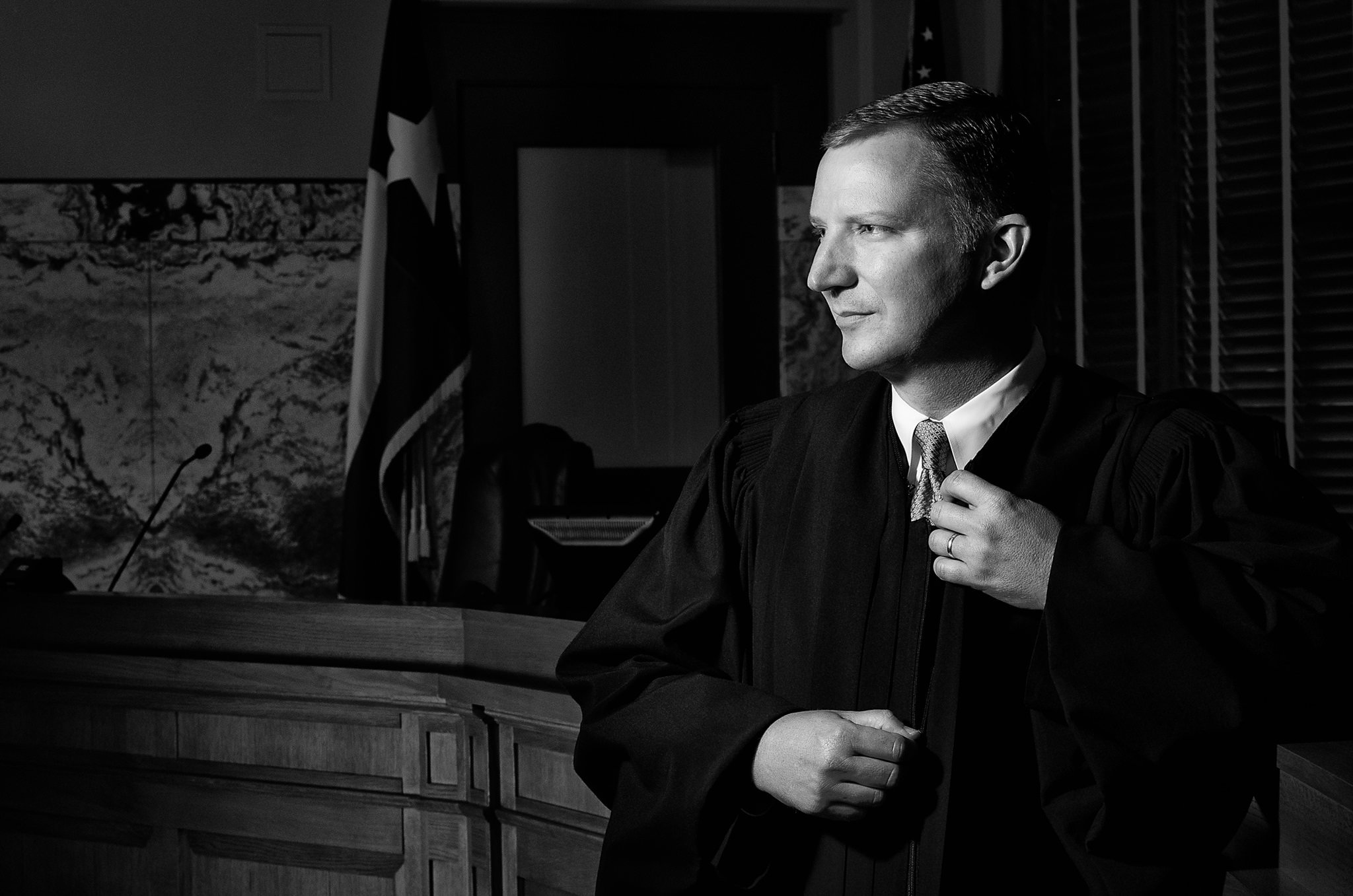 This has now been proven to be a fantastic idea as his campaign website was awarded the Reed Award recently for Best Website for a County, Local, or Judicial Candidate. The Reed Awards, given by Campaigns & Elections Magazine and named for the magazine’s founder, Stanley Foster Reed, recognize excellence in campaign management, political consulting, and political design. Upstream Communications designed and maintains the website, and the award is one of several they won this year. I’m sure they have been too busy polishing those awards to throw an attaboy my way, but I suspect they will take me out for a steak at some point. Meanwhile, I will check to see if my subscription to Campaigns & Elections is up to date.

We shot this at the Harris County 1910 Courthouse when Jeff was on the Texas Fourteenth Court of Appeals there. It is a beautiful building that was restored in 2011 and features two large courtrooms with walls of gray marble.

I’ve told you before about other successful politicians who take their images seriously. Most of us have an online identity of some sort, and some politicians and their consultants are discovering that compelling candidate images are no longer a want but a need. You can either take control of the narrative or surrender it to your opponents. Jeff Brown is always prepared.