I know that what I am about to describe sounds impossible, but stay with me as I assure you every word of it is true. My last name is pronounced like the razor blade company. “Like the razor, but twice as sharp” as all the kids are saying. Unfortunately, due to illiterate ancestors (I don’t mean anything bad by that. I happen to be an idiot myself), my name never got the “e” on the end that you would expect it to have. This is usually a minor inconvenience. However, for the last couple of years as I have done considerable work as a headshot photographer, it has been hilarious and wonderful because I sometimes get confused with this magnificent guy: 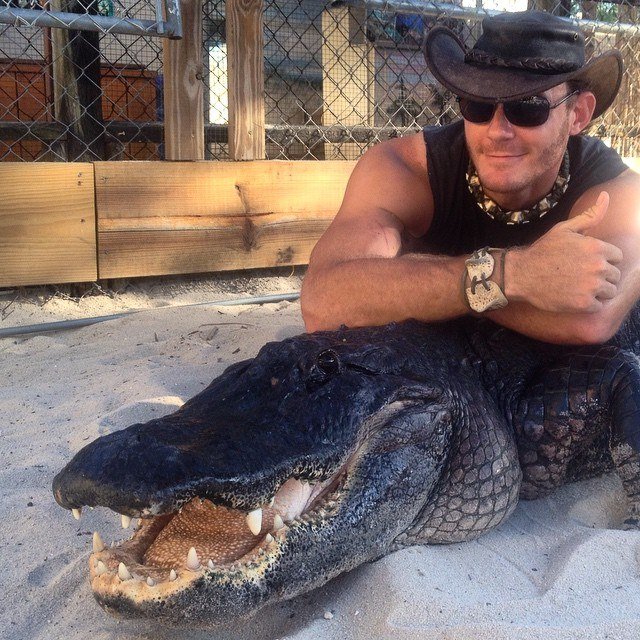 Meet Chris Gillette (enthusiasts will note the “e” on the end of his surname). Every one of you who has said, “hey, go check out this guy’s headshots” and then sent people to www.ChrisGillette.com has sent people to see a young man who has nothing to do with headshots but is much cooler than I. Although the main difference between us is that I have never gone by the nickname “Crocodile Chris,” there are other notable differences.
Chris is a very nice young man who if pressed to give a simple description of what he does will describe himself as an animal handler. He is too modest. He can be seen on the Animal Planet show Gator Boys and is an alligator, crocodile, and snake expert as well as a published invasive species researcher. He also does amazing wildlife photography, which you can see via the links at the bottom. His photographs have been featured in several magazines and books.
Chris has been interested in nature as long as he can remember. As a kid growing up in Florida he spent all his time out climbing trees, exploring the woods around his home, catching snakes and lizards, and moving up the foodchain as he grew older. He later earned a bachelor’s degree in Environmental Studies from Florida International University, which he visits a few times every semester as guest lecturer. Chris has also travelled extensively in Central and South America, which he has extensively documented with his amazing photographs.
He became interested in photography around 15 or 16 as a way to document the animals he would encounter. When school friends would not believe that he saw a bobcat or a rattlesnake, he started taking pictures to prove what he was seeing. The show and tell aspect evolved into a love of capturing images and trying to show an artistic side of some of the more misunderstood animals. He usually shoots with a Canon 60D or 70D and typically uses either a 100mm macro lens, 10-22 wide, or 100-400 telephoto. He also shoots underwater with an Aquatica housing. This year he is working on a project to photograph as many animals as he can underwater. 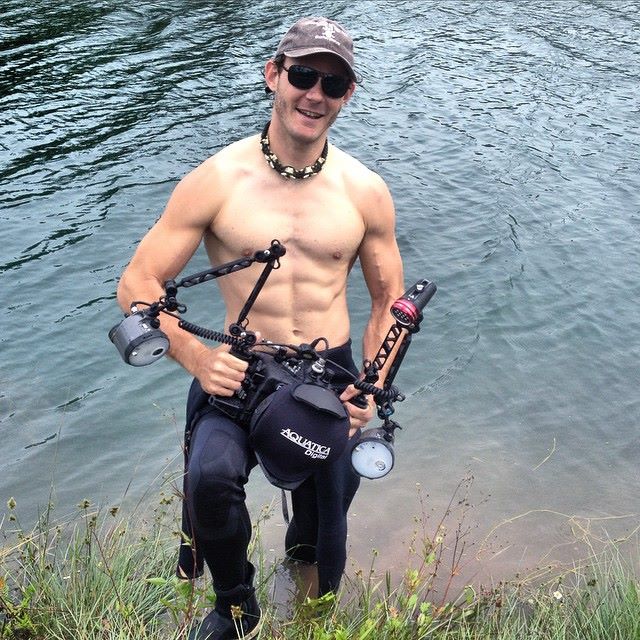 If you know me, you may know that was a fan of another crocodile man, Steve Irwin. I assume that both guys have to be a little crazy to get so close to dangerous animals. Chris has had many close calls with a lot of different wildlife from gators to crocs to rattlesnakes, but he tries to imagine all the different ways that things can go wrong and plans for those contingencies. In addition to preparing backup plans and mentally practicing what he plans to do, Chris tries to be as knowledgable as possible about the animals and situations he deals with. He also maintains a level of physical fitness to be able to handle animals and keep his reflexes and strength up to par. He has always enjoyed martial arts as a hobby as well as hatchet throwing and fire twirling. He enjoys surfing and bike riding, and while he is not a big fan of running, he does enjoy working out daily. This is another good way to tell the difference between us.
You can learn more about Chris (and at this point why wouldn’t you?) by checking out his website www.ChrisGillette.com and follow him on Facebook , Instagram, and Twitter. 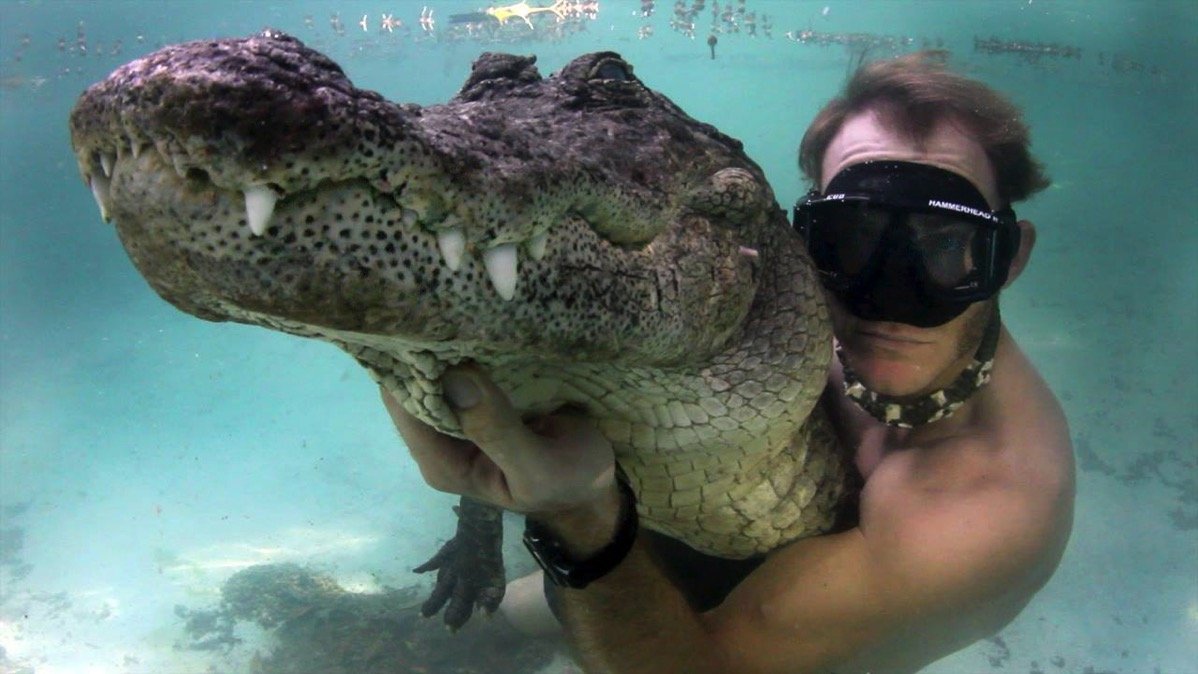 All photographs in this piece are by Chris Gillette if that makes sense to you at this point. In other words, all the pictures are his. If he wants a headshot, he knows where to find me.