About That Red Jacket 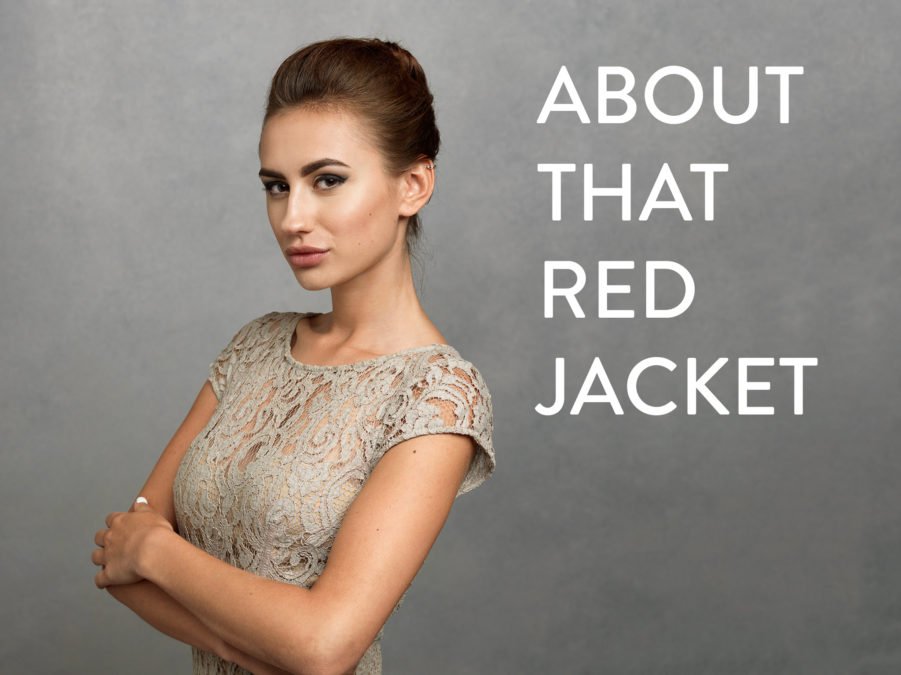 WARNING: Those of tender sensibilities be forewarned that the following contains curiosities of colloquial gesture such as the “high five.”

It felt a bit like a tap on my shoulder, like someone was trying to get my attention, but I didn’t turn around immediately. I had been standing there for a while, and I was not going to stop now that it was my turn. My girlfriend and I were in a crowded bar in downtown Houston, and it had taken a while to get a bartender’s attention. The crowd was a bit young for us, but it was a fun place. As I completed the bourbon-related transaction, I continued to feel these pushes on the back of my right shoulder. I handed my girlfriend her drink and finally turned around to see who was pushing me. I had expected to see a drunk guy trying to get up to the bar. Instead I saw a woman in her early twenties with a big smile on her face. My next thought was that she knew me; however, while I am good with faces, I did not recognize her. The young woman pictured below is NOT she. I actually know Anastasia, and she is awesome and probably would not push the back of my shoulder, but let’s go with it. 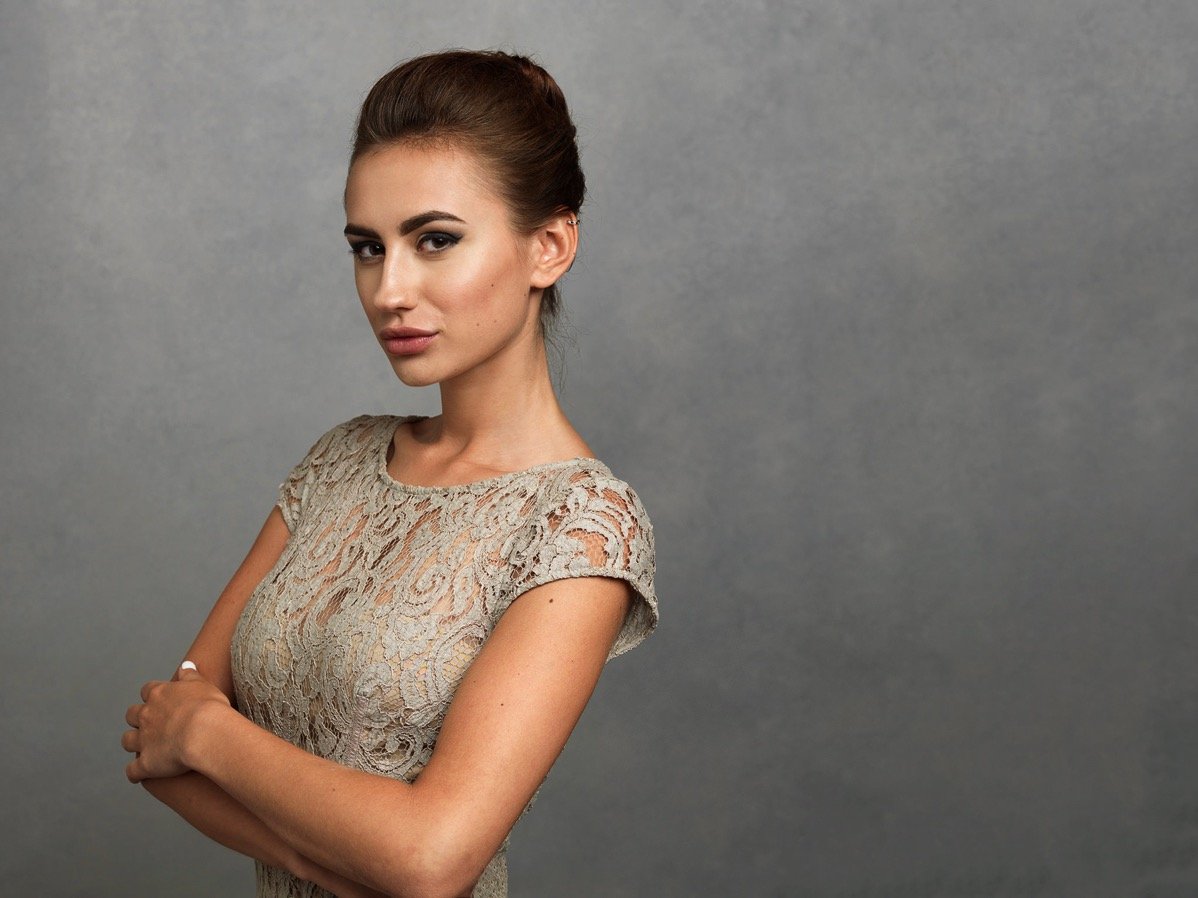 She (the unknown girl in the bar) continued smiling and reached out to touch the front of my right shoulder. I could see now that she was not pushing or tapping but rather feeling my red silk and wool hopsack Q Clothier/Rye 51 jacket (pictured on Jared below). This is the same jacket I mentioned HERE. I smiled back at her, and she did it again saying “wow, that feels great. You look fancy.” I said “we had somewhere fancy to be earlier. This jacket is the best wingman I have ever had. Without it, nobody lays a hand on me. Glad you like it.” Without taking his eyes off of me, the early twenties guy standing next to her, who I assume was her date, intercepted her hand as it moved to touch me again and forced it down to her side. I saluted them both with the Old Fashioned that I had been neglecting, turned around, and received a high five from MY date. Thank you, Q Clothier. 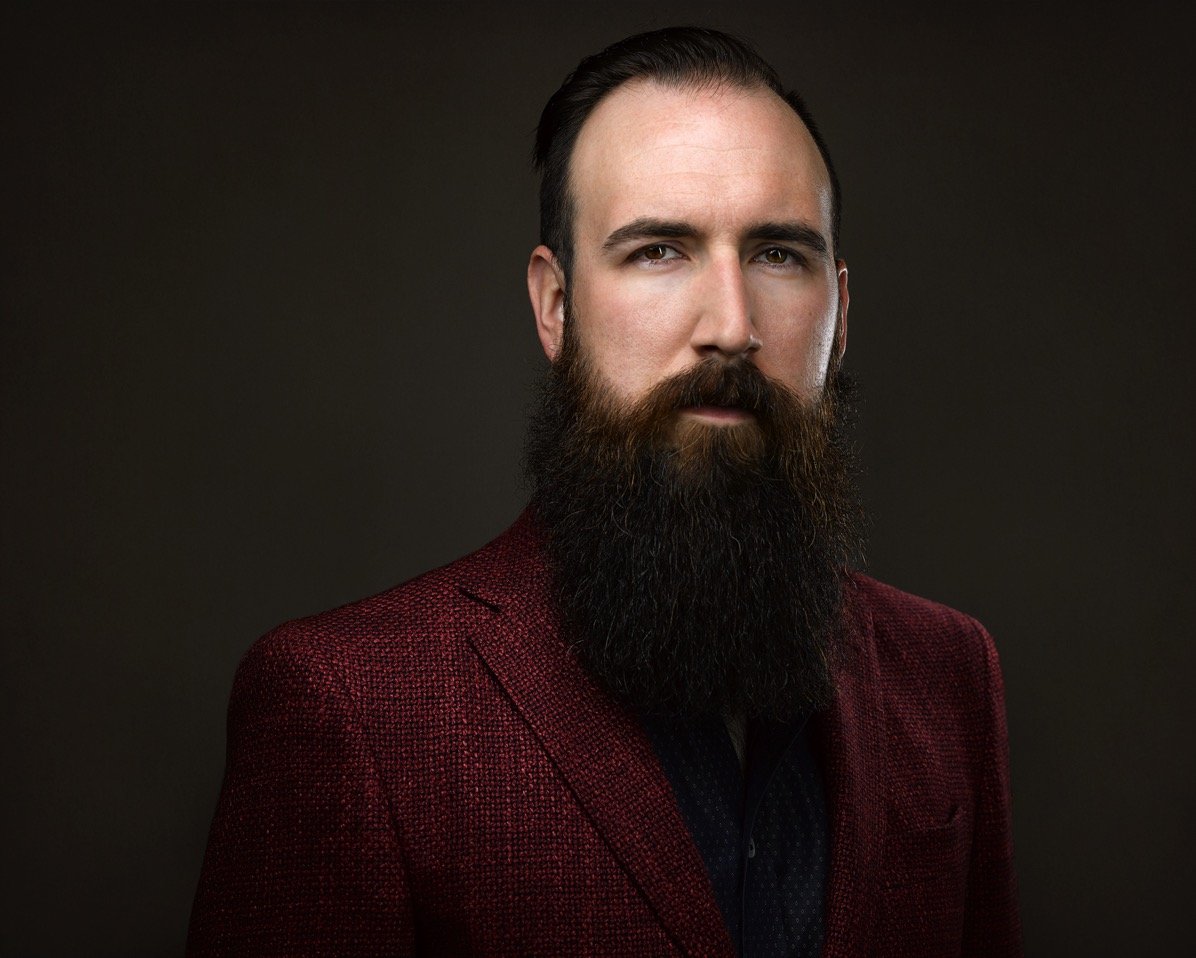 What does all of this have to do with headshots and portraits? Nothing. I just wanted to preserve the story for future generations. Thanks for keeping it in your head.