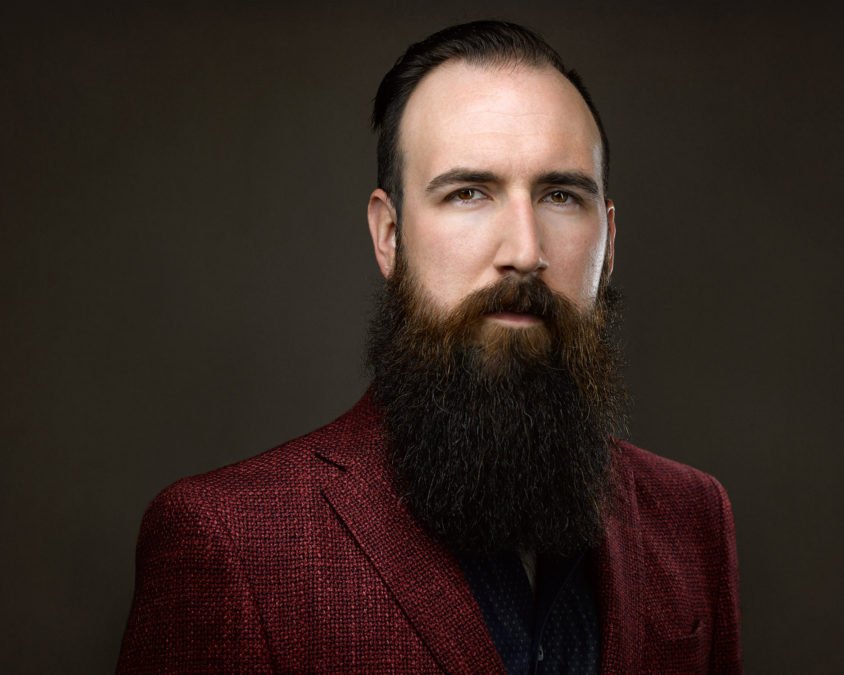 When I was very young, my parents had a reproduction of a well known Rembrandt painting called The Man with the Golden Helmet hanging in the living room over the couch. When I was a teenager, I read that the painting had been incorrectly attributed to Rembrandt and was most likely painted by someone in his circle. It stinks not knowing who the artist is because it is a great painting and an excellent example of the Dutch Golden Age. None of this changes the fact that when I was little, I thought that the man in the golden helmet was Redd Foxx who I had seen on the Sanford and Son television program.

Rembrandt was a prolific painter and is commonly considered one of the greatest visual artists in history, but since no one slapped a signature on this thing, I can’t talk about him. Redd Foxx was a hilarious and, I learned when I was older, extremely dirty comedian, but he was a performance artist rather than a visual one. The reason I bring all of this up is that I recently realized that one of my portrait styles for men is strikingly similar to this painting. 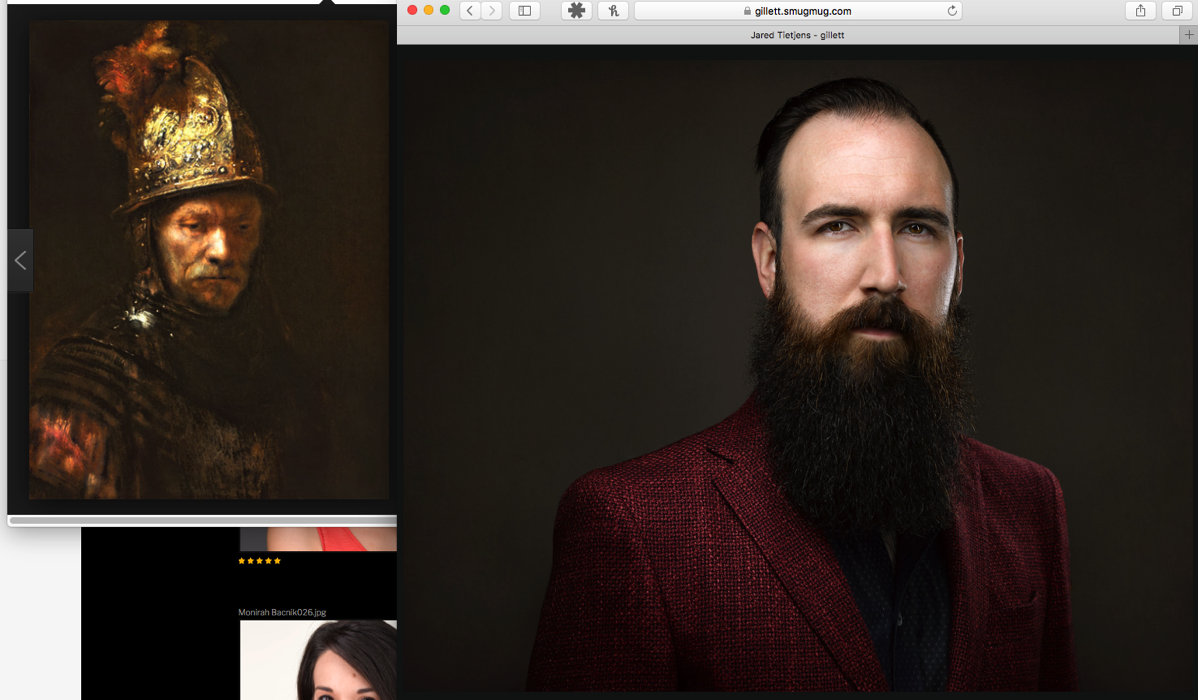 Here, you can see the comparison at the exact moment I realized the similarity since I thought about you and made a screenshot of it. You can see that the camera left side of both faces is slightly brighter than the other side. Also, there is a highlight (stronger in mine) on the camera right side of the face. The expressions, moods, and backgrounds are superficially similar as well. Also, Jared’s beard is similar to the shape of the helmet if it were inverted. These similarities were unintentional, so I was thrilled when I noticed them.

Do you have art in your home? I am glad that my parents did even if it was just a reproduction of a famous painting. All of this certainly could be a coincidence, but I like to think that seeing the man in the golden helmet every day in a room I played in shaped my artistic style and eye for portraiture. I have really enjoyed this style as I like making guys look badass. Below you can see a Mystery Team that I have formed to get into adventures with. Tell your mom. 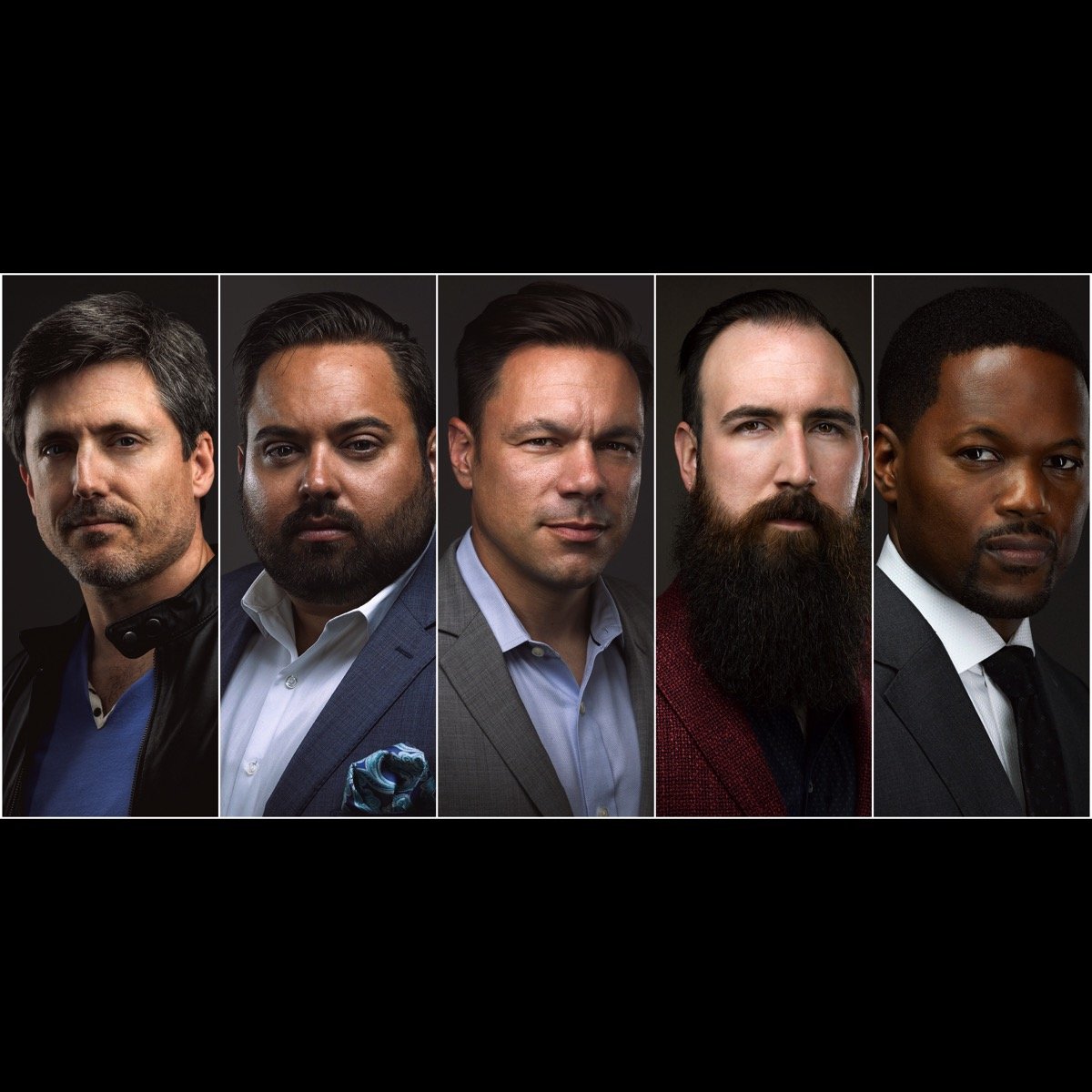 Denouement: I later bought Jared’s jacket and drank a martini at Flemings while wearing it.